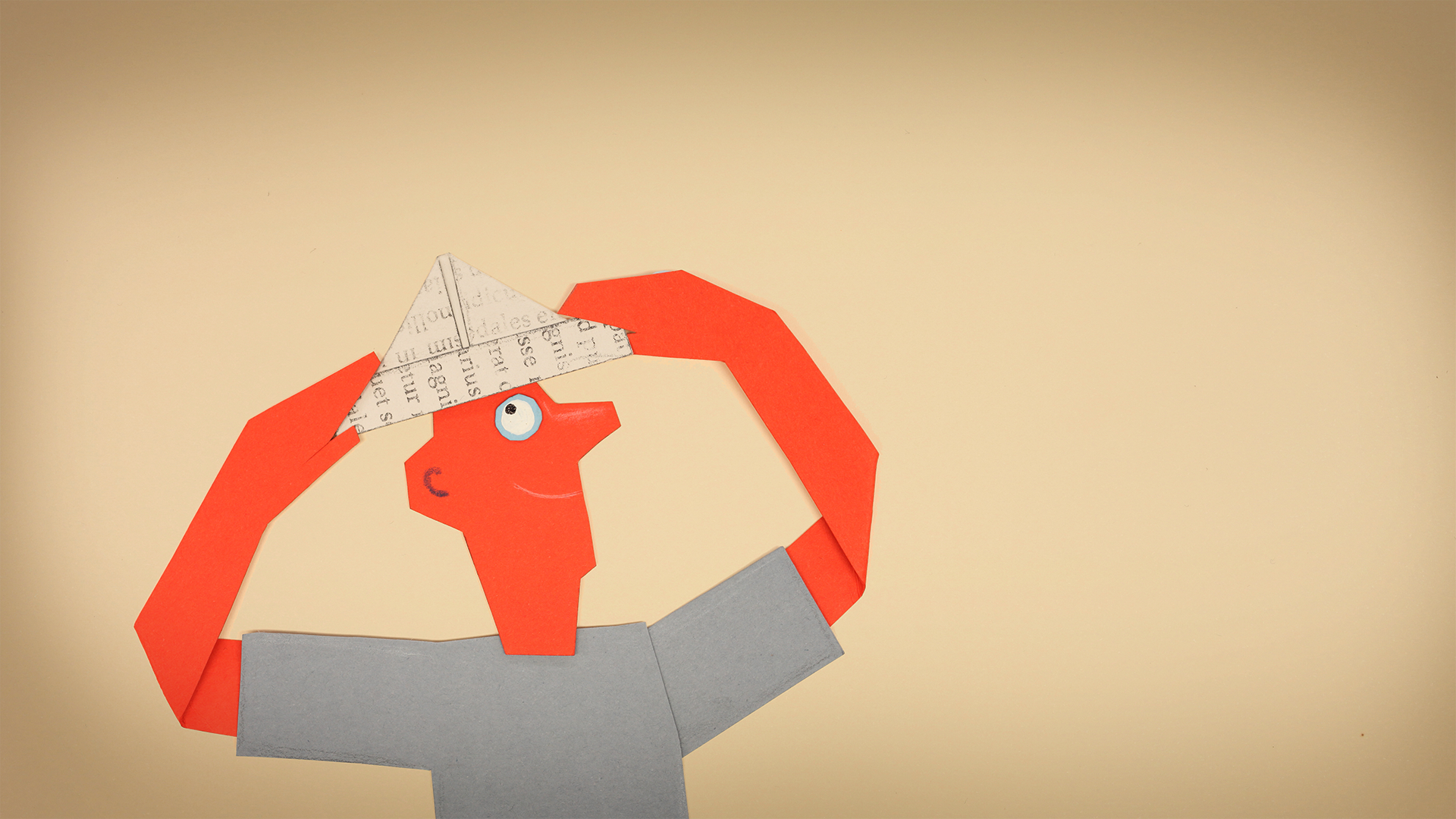 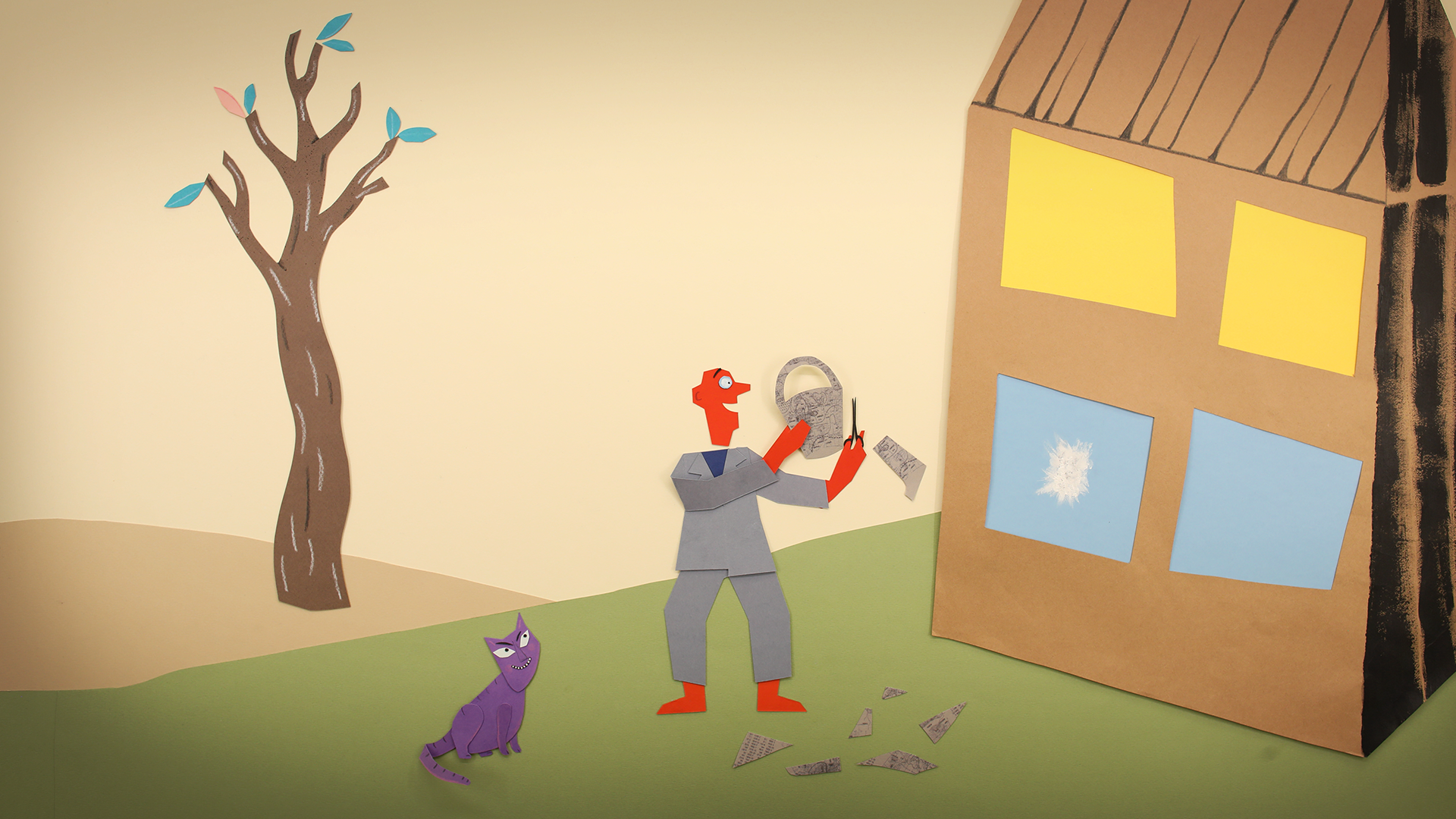 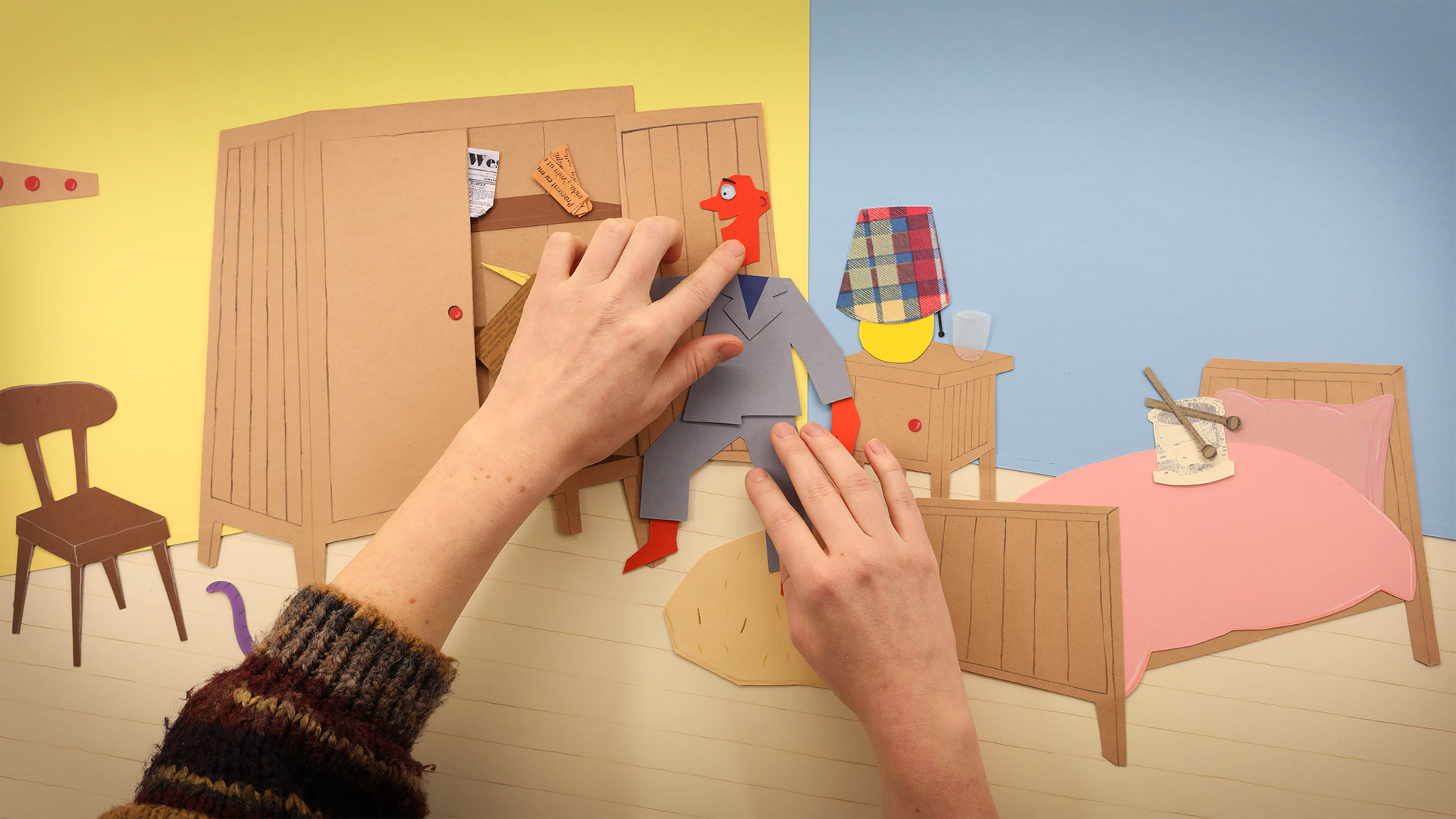 Mister Paper cuts and sticks together the world as he wants. Thanks to his scissors and his childlike imagination, he is never alone. For every situation, Mister Paper creates a solution by cutting or pasting something new. He lives in a paper house surrounded by paper nature, his sole companion is Cat. But when he’s thirsty, he cuts an bottle to drink from and an apple when he’s hungry. Or he cuts a cow, so as to have some milk for Cat. And when Cat doesn’t feel like playing, he cuts a girl to take a walk with. Mister paper creates a world, rooted in reality, where anything is possible. Through his adventures, the world of children is brought to life in a playful, imaginative manner.

based on the original stories of Elvis Peeters